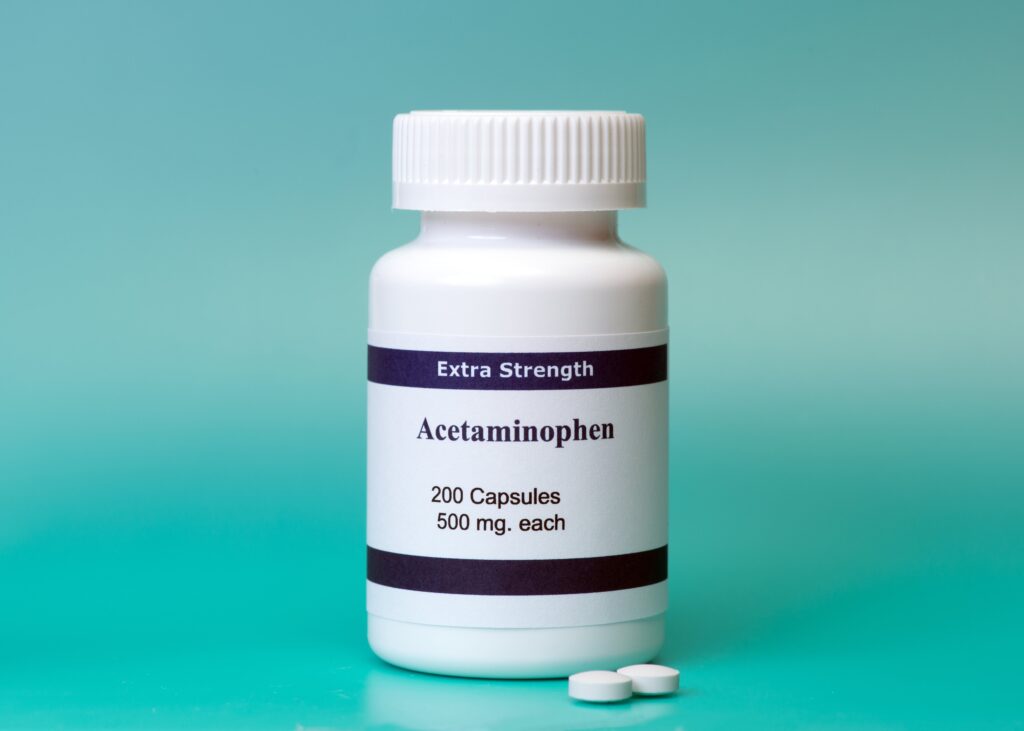 EDINBURGH, Scotland (StudyFinds.org) – Acetaminophen is one of the most common medications worldwide for treating and managing both short-term and chronic aches and pains. Now, however, researchers from the University of Edinburgh say long-term use of these pain relievers may increase the risk of both heart attack and stroke among those with high blood pressure.

In light of these results, study authors recommend patients with a long-term prescription for acetaminophen do their best to lower their dosages and overall intake as much as possible while still relieving their pain. This is the first ever large randomized clinical trial to investigate this topic.

Acetaminophen, of course, is best known under brand names Tylenol, Mapap, and Panadol. However, in other parts of the world such as Europe and Australia, acetaminophen is known as paracetamol.

“This is not about short-term use of paracetamol for headaches or fever, which is, of course, fine – but it does indicate a newly discovered risk for people who take it regularly over the longer term, usually for chronic pain,” says lead investigator Dr. Iain MacIntyre, a consultant in clinical pharmacology and nephrology at NHS Lothian, in a university release.

“This study clearly shows that paracetamol – the world’s most used drug – increases blood pressure, one of the most important risk factors for heart attacks and strokes. Doctors and patients together should consider the risks versus the benefits of long-term paracetamol prescription, especially in patients at risk of cardiovascular disease,” explains Professor James Dear, Personal Chair of Clinical Pharmacology at the University of Edinburgh.

ACETAMINOPHEN AS BAD AS NSAIDS?

In the new study, participants with a history of high blood pressure took one gram of acetaminophen four times daily for two weeks. That dose is quite common and a normal prescription for patients dealing with chronic pain. Meanwhile, another sub-set of participants received a placebo to take for two weeks. In all, 110 subjects took part in this project. Importantly, all of the patients received both treatments, with researchers randomizing the prescriptions in a blind clinical trial.

OCCASIONAL USE IS STILL SAFE

“We would recommend that clinicians start with a low dose of paracetamol, and increase the dose in stages, going no higher than needed to control pain. Given the substantial rises in blood pressure seen in some of our patients, there may be a benefit for clinicians to keep a closer eye on blood pressure in people with high blood pressure who newly start paracetamol for chronic pain,” explains principal investigator Professor David Webb, Chair of Therapeutics and Clinical Pharmacology at the University of Edinburgh.

“This research shows how quickly regular use of paracetamol can increase blood pressure in people with hypertension who are already at increased risk of heart attacks and strokes. It emphasizes why doctors and patients should regularly review whether there is an ongoing need to take any medication, even something that may seem relatively harmless like paracetamol, and always weigh up the benefits and risks. However, if you take paracetamol occasionally to manage an isolated headache or very short bouts of pain, these research findings should not cause unnecessary concern,” concludes Professor Sir Nilesh Samani, Medical Director at the British Heart Foundation.

The study is published in the journal Circulation. Article is adapted from Studyfinds.org.

**To check out more information on the possible risks of other over-the-counter medications, please check out my videos below or visit my Facebook page!**

SI Joint Pain Sacroiliac joint (SI) pain is one of the most under diagnosed causes of low back pain. It is estimated that 15% to 30% of people suffering with low back pain actually have an issue with

What is Scoliosis? An estimated 6-9 million people in the U.S. suffer from the painful spinal condition called scoliosis. Scoliosis is a sideways curvature of the spine that occurs during growth

School is back in session across the country! But with the Delta variant on the rise (and affecting children more than the first wave of the pandemic), many parents are looking for ways to protect